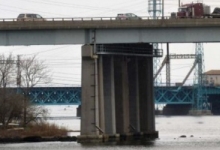 The dredging of the clogged Mianus River and Cos Cob Harbor is moving ahead.

Town officials on Monday welcomed the news that the work to clear the harbor and river will commence in October of next year. The Army Corps of Engineers released its public notice that it would authorize the work late last week.

“We’re very thankful,” said First Selectman Peter Tesei. “A lot of people have worked to bring this to fruition. Kudos to everyone involved through the years.”