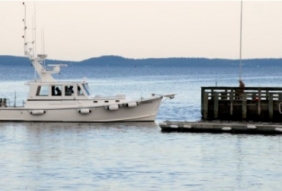 Opponents of a controversial $12 million dredging project for the local harbor hailed news Wednesday that state and federal officials had withdrawn their permit application from the Maine Department of Environmental Protection.

But an official with the Maine Department of Transportation, which is co-sponsoring the project said the withdrawal was likely temporary and that a revised application would probably be resubmitted.

A letter indicating that the application for a water quality certification was being withdrawn was sent Tuesday, Sept. 8, to the Maine DEP from Barbara Blumeris of the U.S. Army Corps of Engineers and from John Henshaw, director of ports and marine transportation for the Maine DOT.