All Ready for Silt Jetties Scheme 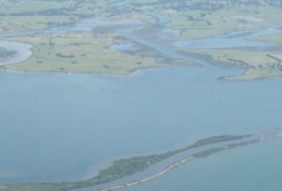 Minister for Environment, Climate Change and Water, Lisa Neville, today announced that restoration work to protect the Mitchell River Silt Jetties at Eagle Point on the Gippsland Lakes will start early in November.

The work will be carried out by Parks Victoria in three stages over three to four years.

The first stage involves the use of rock beaching to stabilize the narrow sections of the silt jetties and to prevent further erosion.

“The Mitchell River silt jetties are a unique geographic feature within the Gippsland Lakes. They were formed over thousands of years and hold a high level of cultural significance for traditional owners, the Gunaikurnai,” Neville said.

“The naturally formed jetties are vulnerable to erosion from waves and wind and this restoration work is the first step in making sure that the jetties are protected.”

Public access to last two kilometers of Rivermouth Road will be closed for a few weeks during this time.

This is to allow large machinery to work safely.