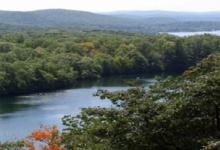 By Nick Muscavage, The Legislative Gazette

As General Electric finishes up its sixth and final season of dredging the Hudson River of toxic PCBs, more than 160 state legislators and several advocacy groups sent letters to CEO Jeffrey Immelt urging the company to go above and beyond its mandated dredging requirement.

The letters, sent last month, were signed by 25 senators — mainly Democrats with the exception of Republican, Bill Larkin, whose district is Cornwall which is along the Hudson River — as well as 140 Assembly members and representatives from environmental advocacy groups such as Natural Resources Defense Council, Riverkeeper and Clearwater.