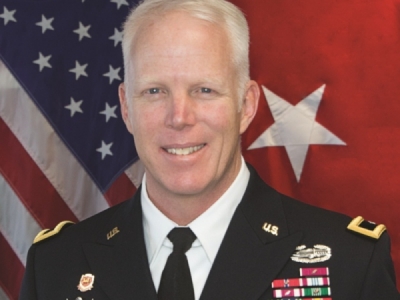 We sit down with Brig. Gen. Paul E. Owen, Commander of the Southwestern Division of the US Army Corps of Engineers from EarthX. and, also coming Monday, we dive into the Galveston District of the Corps of Engineers with Col. Lars Zetterstrom, District Commander. That’s a one-two punch with the Corps leadership with more than… Read More 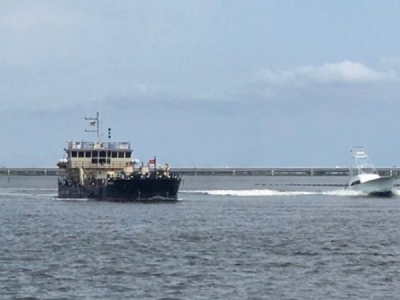 Dare County moves ahead in securing money for a dredge

Dare County took the first step in approving the structure of a loan that will use $15 million of state money to build a dredge aimed at keeping Oregon and Hatteras inlets clear. The Oregon Inlet Task Force, at its meeting Wednesday, endorsed the terms of the loan funded by a provision in the state… Read More 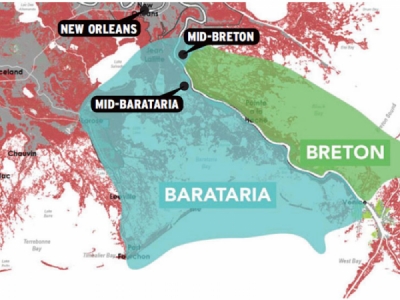 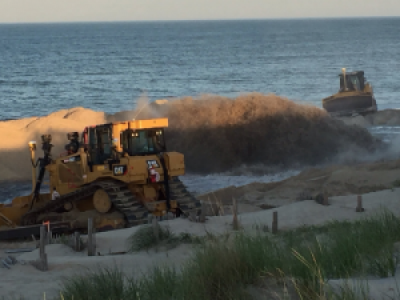 NAGS HEAD, N.C. – The Nags Head beach nourishment project is now underway! The Dredge Ellis Island is pumping sand onto the beach south of Limulus Street in south Nags Head, near Mile Post 20.5 in the 10000 block of South Old Oregon Inlet Road. The project will progress towards the southern project terminus near… Read More 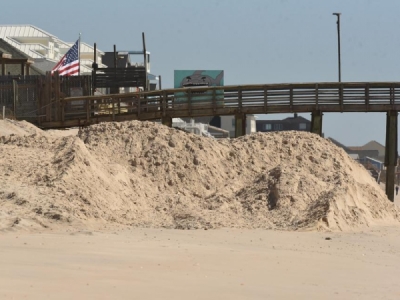 Regulators decline to give extension into sea turtle nesting season due to pebbles in trucked-in sand PENDER COUNTY — The rebuilding of Surf City’s beach has been stopped … by some pebbles. While federal and state regulators didn’t have any problems with the sand that Surf City was trucking in to restore the beach strand… Read More 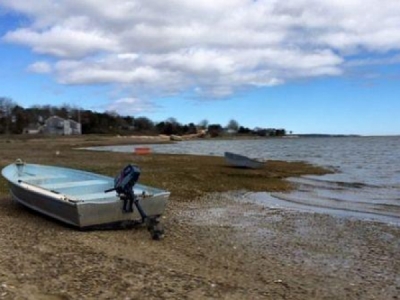 EASTHAM – Dredging a channel immediately behind the Nauset spit, an area that is over-washing and migrating landward, could accelerate erosion during storm events by providing a deeper space for sediment to be carried into, coastal geologist Mark Borelli of the Center for Coastal Studies told Eastham selectmen last week. Such an action would reduce… Read More 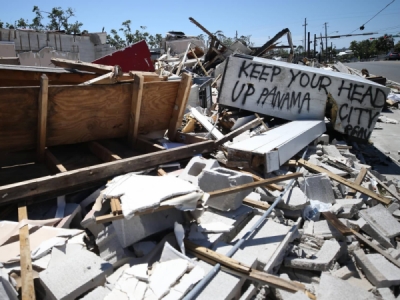 PANAMA CITY — Hurricane Michael might not have dominated the headlines during the Florida legislative session, but local lawmakers came away with a big haul. A little more than $240 million was secured for hurricane-ravaged counties in the state’s $90.1 billion budget, including $115 million to address the housing shortage in Bay County that is… Read More 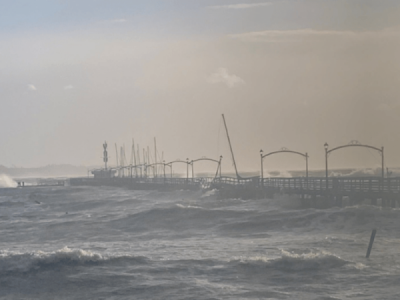 The BC government has pledged $1 million to help with the reconstruction of the 104-year-old White Rock pier, after it was severely damaged in a wind storm last year. This decision comes a day after a White Rock community-based volunteer group pledged to help fundraise $2 million to cover the rebuilding project’s shortfall. The pier’s… Read More

DANVILLE, Iowa (AP) — The Lake Geode Watershed Project hit a significant snag last year in its effort to clean up the polluted water, pushing back construction’s expected completion date to spring of 2020. The 174-acre lake was emptied in the fall of 2017 and has been dry ever since, barring the rain and snow… Read More 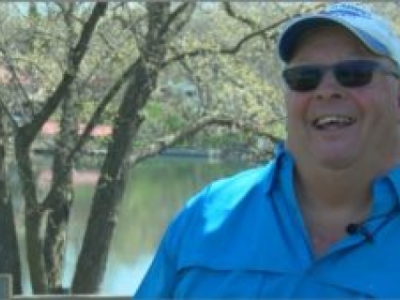 ORONOCO, Minn. (FOX 47) – A project decades in the making is finally becoming a reality Sunday. It has been a long time coming for Lake Zumbro to get the face lift it desperately needs. For nearly a century, mud and other material has slowly built up on the lake bottom. Lake Zumbro Forever President,… Read More

QUONOCHONTAUG — It took a legion of partners and a lot of money to complete Phase One of the Quonnie salt pond dredging project, and most of the partners were on hand at the state boat launch on Wednesday morning for the official celebration. Salt ponds benefit coastal communities in many ways, serving as habitat… Read More

BEND, OR — Nearly two weeks after hosting a listening session to get input from residents, Bend City Councilors appear ready to contribute to a future dredging project at Mirror Pond. City Manager Eric King says two councilors are drafting a resolution that would eventually be considered for adoption by the full Council. He tells… Read More

During a Bend City Council discussion on dredging Mirror Pond, Councilor Bill Moseley unveiled a potential resolution that would hand off much of the project’s responsibility to the Bend Park & Recreation District. “This is a park; it’s not the city’s responsibility to do this,” Moseley said. “We want to be a good partner; we’re… Read More 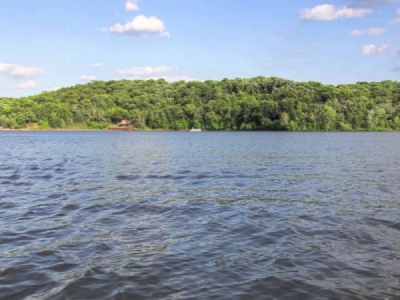 A ceremony marking the dredging of Lake Zumbro will be held Saturday. While work on the lake must wait until road restrictions are lifted to move heavy equipment into place, Lake Zumbro Forever is marking the end of more than a decade of work at 10 a.m. Saturday on the public fishing pier near Fisherman’s… Read More 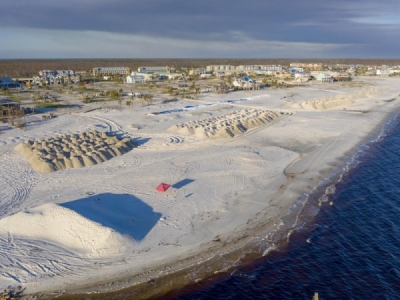 Little and large things provide the signs of rebuilding after a Category 5 hurricane. For Mexico Beach, which was in the eye of Hurricane Michael when it roared ashore in October, one of the heftier signs of recovery arrived last Saturday as a significant portion of the city’s canal was re-opened to boat traffic. “The… Read More