This summer the Town of Plymouth, Massachusetts “America’s Hometown” will mark its 400th anniversary of the historic Mayflower landing at Plymouth Rock. As part of this anniversary, the Mayflower replica, currently in dry dock undergoing restoration, will be brought back to its berth located within the historic Plymouth Harbor for the 400th year celebration.

In preparation of this event, the town sought proposals for the deepening of the Plymouth Harbor berth and mooring areas including the entrance channel. After years of sediment depositing within these waterways, sediment removal by mechanical dredging techniques was now required to provide adequate water depth in the harbor for the safe arrival of the Mayflower replica and the other vessels.

At the onset of this project, the dredged material to be removed from the harbor was expected to be managed at a proposed area adjacent to the harbor, stabilized and then transported to a local landfill to be utilized as cover material. However, after additional testing, contaminants were found in the sediments, and it was then determined that the material would require alternate offsite disposal, thus delaying the start of the project. Clean Earth became aware of this situation and began working with the Town’s consultant. An alternative approach was developed and proposed which involved offsite sediment processing at an approved permitted facility. Clean Earth proposed the transport (via barge) to our fully permitted dredge processing locations in Northern New Jersey. Once processed this material would be beneficially utilized at a location which suited the contaminates of concern.

In mid-December, the contract was awarded to AGM Marine. AGM Marine is a regional contractor in which Clean Earth worked with to coordinate the offsite management of the impacted sediments. Time was of the essence as this project included closures and/or restrictions due to spawning seasons of local fisheries, requiring the in-water dredging activities be completed by February 1, 2020, leaving a very short time frame to receive permits and complete processing, transportation and disposal. Clean Earth received the required NJDEP issued AUD (Acceptable Use Determination) on Christmas Eve allowing us to receive, process and transport barge(s) of sediment material which was removed from the Plymouth Harbor. Material deliveries via barge began arrival at Clean Earth’s Koppers facility in New Jersey during the 2019 Holiday season taking advantage of weather windows and keeping the project on the required schedule. The Clean Earth team at the Koppers facility developed a seamless plan to unload and process the material upon its arrival to ensure that empty barges could be quickly turned for their 300-mile journey back to Plymouth Harbor. In all approximately 9 barges carrying some 15,000 yards of mildly contaminated sediments were received, processed, transported and properly disposed of by Clean Earth. Clean Earth and AGM Marine were able to maintain the tight project schedule despite working through typical New England winter weather.

In total, Clean Earth will have processed and beneficially reused approximately 15,000 cubic yards of dredged material in preparation to celebrate this historic event. The Clean Earth team worked together to successfully complete this project on-schedule and budget. 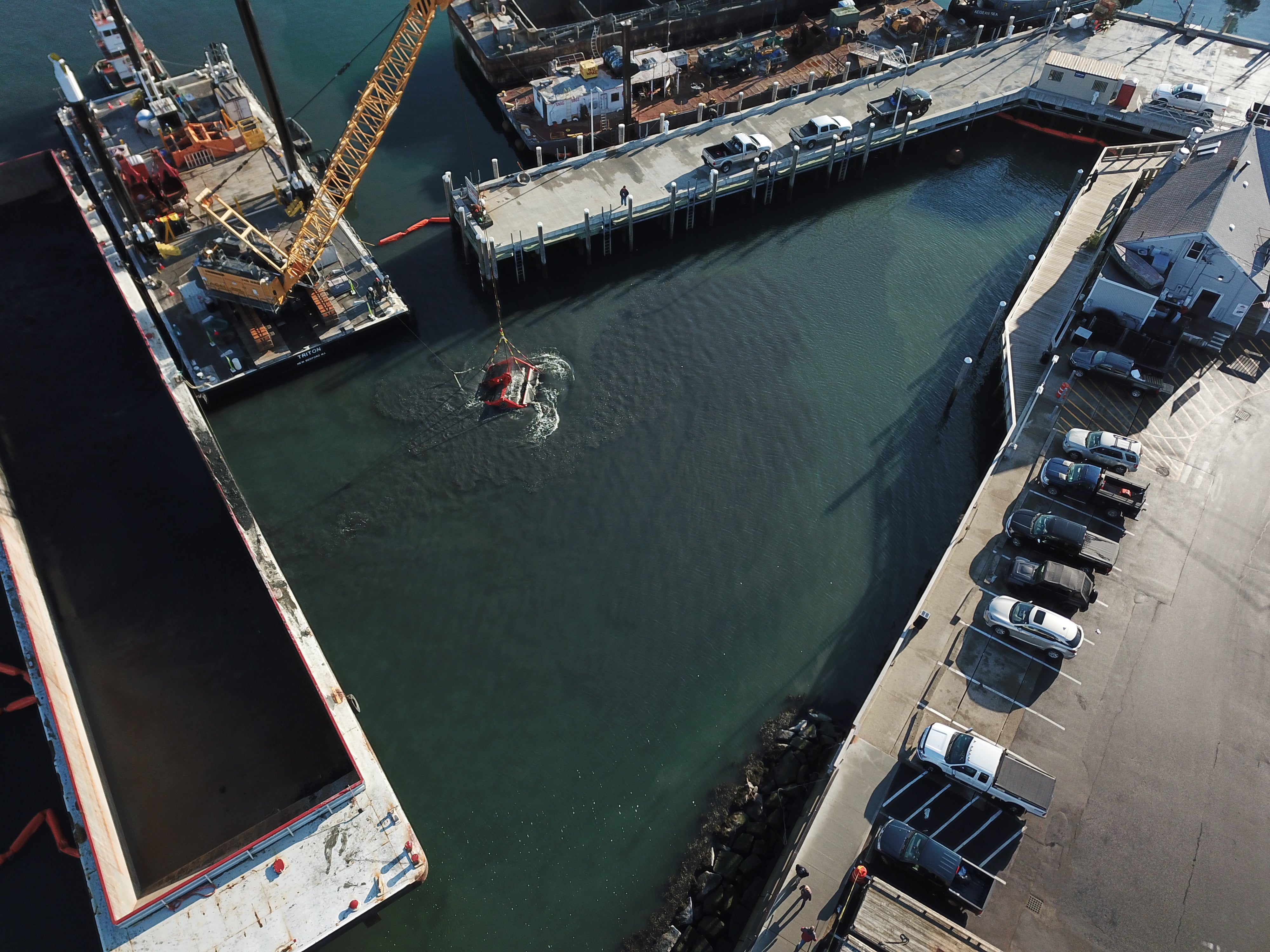 Work Resumes On One Of Europe’s Largest River Restorations

After nearly three months of championing new ways of working due to the Coronavirus pandemic, UK environmental engineering company Land & Water is back on site on the River Severn.The company...

Laide Raheem, AbeokutaThe Ogun State Government has promised to continue dredging of rivers to give way for free flow of water, so as to prevent recurrence of flooding in parts of the state.The...

The flow of water in the river is changing courses, and locals are becoming subject to multifarious losses While the local administration is busy dealing with Covid-19 pandemic, some swindlers,...

Many years ago, I picked up a book by conservationist Wallace Kaufman and marine geologist Orrin Pilkey entitled The Beaches are Moving. Mental images of monsters buried in the sand required that I...

For the first time in nearly two centuries, the Cuyahoga River is flowing freely through Cuyahoga Valley National Park.The Brecksville Dam, which is also known as the state Route 82 Dam, Station...